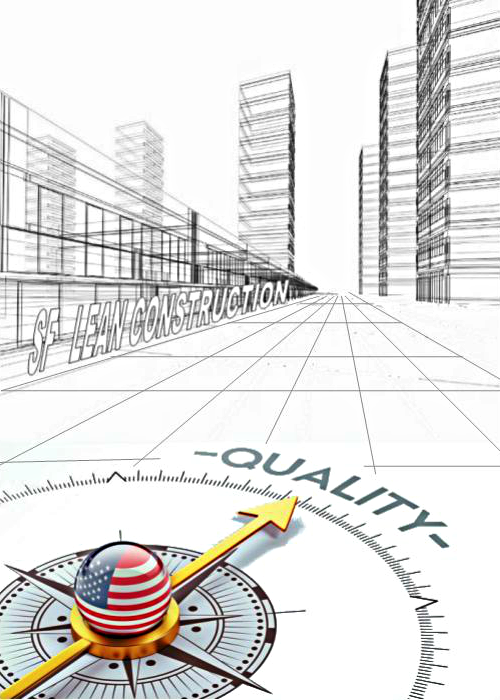 One of our targets more marked is our commitment to total quality, so our management system meets all certification requirements and is certified by AENOR, leader in certification of management systems, products and services entity and responsible for the development and dissemination of standards UNE in Spain.

Our management system rationalizes our organizational, administrative procedures, supply chain, commercial, logistics, production and performance, setting the corresponding indicators, now under continuous monitoring. Significantly, its implementation in the production area, where the corresponding launch procedures, control, monitoring and production results are contemplated, both in terms of productivity as in the inspection of the quality of processes and products, accompanied by their control of incidents and corresponding processes of “non-conformities” and workflow for monitoring and solution. They are also integrated into our quality management system corresponding to the areas of R+D+i and preventive maintenance, in summary procedures all areas of our company are integrated into the objective of total quality.

In Strong Forms we are very committed to the quality of our aluminum formworks and manufacturing for optimal use of them in all areas of construction, such as productivity, efficiency, low costs and industrialization, and conscious in the objective focus our systems in lean construction and just in time constructive.

Test types and objectives.
In the experimental campaign conducted by the University of Alicante, our system and elements thereof, successfully they passed the detailed tests to determine their qualities. The flow test performed was carried out in the following order:

Chemical durability tests.
In conclusion thereof, it is recommended pretreating aluminum forms with an aqueous solution of calcium hydroxide (cal) at 20% by mass, which is capable of generating a surface layer of whitish color that reduces the intensity of dissolving base hydrolysis. That is, that the aluminum surfaces treated with said solution of calcium hydroxide are less reactive and less hydrogen gas release.

It demonstrated that the use of aluminum forms does not modify the main physicomechanical cement mortar (density, porosity, water absorption and mechanical compression resistance and flexural) properties compared to standard steel formworks.

Bend and flexure testing, pieces of wrought.
Wrougth formwork parts were tested with dimensions 1.20×1.20 m. The first tests with three-point bending, with a span of 1.10 m, and applying the load centered on a width of 80 cm. The test was repeated using a distributed load by sandbags.

EHE notes that on the underside of formwork not exist differences greater dimension than ± 20 mm before removing the struts. Service operation of the formwork would, in any of the scenarios considered, ensuring tolerances regulations with arrows below 10 mm. 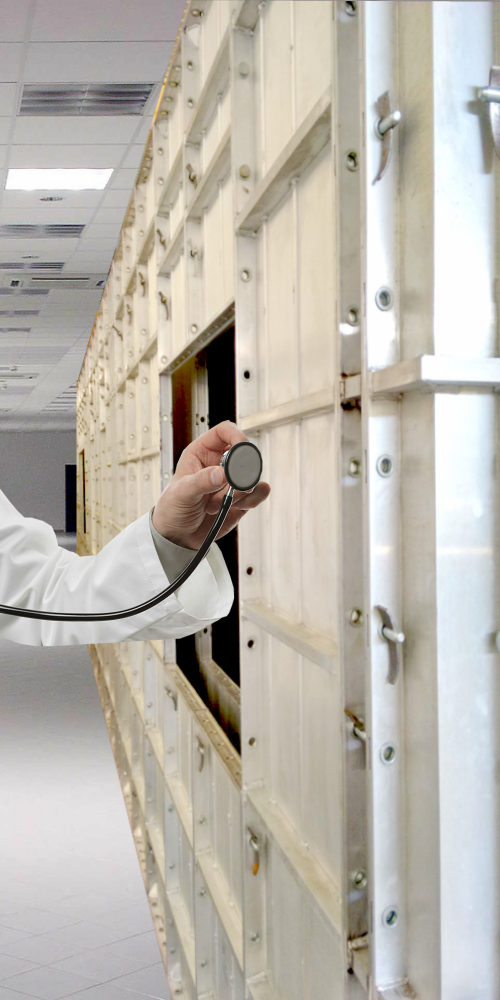 Load test wrought.
Static load test on a horizontal formwork of dimensions 4.1 x 5 m. Maintaining tolerance of 20 mm indicated in EHE-08 can reach a floor constructed of at least 50 cm of concrete.

Load test vertical wall.
A vertical formwork 1.80 m wide, 15 cm thick and up to 3 m high was constructed. In the worst of the instrumented point, the horizontal displacement was limited to 4 mm. Considering the previously estimated elastic modulus, the stresses throughout the test reached 100 MPa not reach. As the material remained in elastic range with a suitable safety factor.